are the corresponding eigenvalues. This operator is different from the one we have already encountered for the energy and will need slightly different treatment. The eigenvalues of this operator are continuous. The completeness relation thus changes into an integration instead of a summation.

is called (position space) wavefunction.  We write it as

Wavefunctions are the scalar product of ket vectors with position eigenkets.

The modulus square of the wave function is again related to the probability of the measurement outcome of the position meaurement of the particle. However due to the continuous nature of the eigenvalues of this operator, we need to modify the corresponding postulate (Postulate 4 discussed in the class). The postulate that gives the probabilities of measurement outcome of position measurement of the quantum particle can be stated as follows:

This can be seen in the figure below 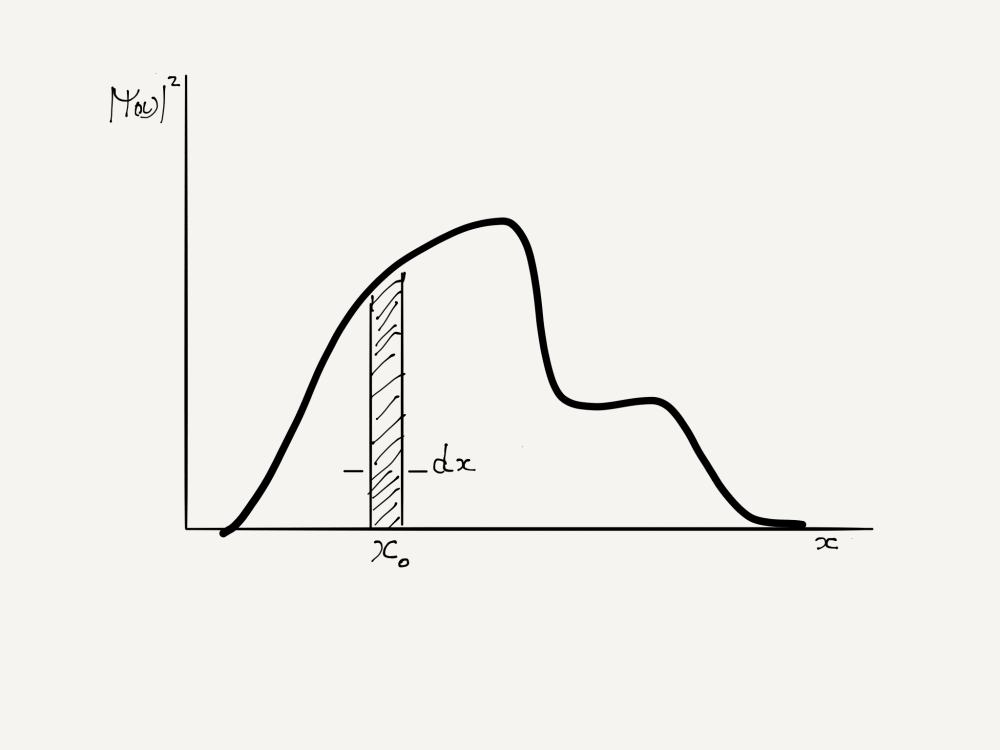 The quantity plotted as the function of

. This probability will be

Scalar product as an integral

Another use of the completeness relation is to write the scalar product in the form of an integral. Consider the norm of the vector

The orthogonality condition is also modified in case of continuous spectrum. It is given as follows for the position eigenkets

8 thoughts on “Position Operator: From Ket vectors to wavefunctions”